These are Prefolds. You fold them and pin them. 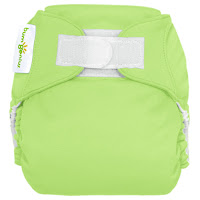 These are pocket diapers, All in One meaning they do not require a cover. They work like a disposable. 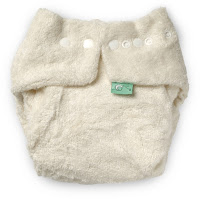 These are fitted. They require a cover.

So I've been thinking about doing cloth diaper thing again. I really like the bumGenius 3.0 the pocket diaper you see above. They are a little pricey. I like the fact they are all in one and I don't have to use covers. I'm only going to buy a few to see if I even like cloth diapers.

I'm really not into the prefolds! The fitted maybe. There are so many different brands of cloth diapers, and then there is bamboo or hemp, organic or not. It's crazy! There are also wash clothes, hemp, bamboo, 100% Egyptian cotton! It like wipes for a kings butt! It is just poop after all, and yes they are precious little bottoms, but I think flannel is soft enough. Isn't it?

Josh is letting me do the cloth this time. I really wanted to with our first 13yrs ago(WOW). He was convinced that the amount of money you save in buying disposable would be pretty close to what it cost you for all the extra washes. I never did the Math (cause that's not my forte) so I don't know. This time though he didn't say that, so maybe adding a few washes to the already 3 loads a day (not really, but almost) isn't going to hike our bills up much more then they are already.

Ok now to the chickens!
I would post a picture of the chickens I want but I'm finding the Blogger is the most annoying thing I've ever dealt with when it comes to adding pictures and moving them around. I have to add all the photos first then write in between the pictures. And I forgot the chicken ones. I'll do another post right after this one so you can see the chickies. Oh ya and a picture of the chicken coop I really wanted and the one I'll probably end up with:)

So it was the chicken Eglu that got me started on wanting chickens in my yard. Such a cute, compact way to keep them. Just 3 or 4 chickens laying an egg each a day. And when they are done laying (cause they only lay for a couple years), they can be dinner!

I was recently informed that my urban chicken idea is not nearly as romantic as I thought it would be. They're poop will actually kill the grass not fertilize it. Layers do not make good Meat birds. Who knew! I still don't know what the big deal is a chicken is a chicken...isn't it? Also the cost of chicken feed (and other animal feed) is rising.

I have a remedy for the food issue though. Chickens like worms and maggots, so we'll make a compost pile and feed the maggots to the chickens! I read that on someone guys blog. Hmmm, now all I need is a Bear-proof compost! Cause who knew there'd be Bears down-town Terrace!!
Posted by Lollie at 11:14 AM